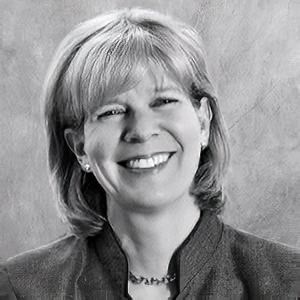 Elizabeth Vale is Senior Managing Director at IntraFi Network. Formerly, she was Senior Adviser at Promontory Financial Group. Prior to that, Ms. Vale was the senior adviser and business liaison for the successful ‘Elizabeth Warren for Senate 2012’ campaign. Additionally, she was part of the implementation team at the Consumer Financial Protection Bureau before it opened its doors in July 2011, serving as liaison to community banks, credit unions, and small businesses and as the Bureau’s first Director of External Affairs. Earlier, Ms. Vale worked in the White House from 2009 to 2010, serving as Executive Director of the White House Business Council and business liaison to the White House Office of Public Engagement. Prior to her career in the government, Ms. Vale held positions at Morgan Stanley, serving as Managing Director from 2005 to 2009 and Executive Director from 1992 to 2005.

Ms. Vale, CFA, studied at the London School of Economics, is a Senior Fellow at the Wharton School, and earned a BA from Harvard University.