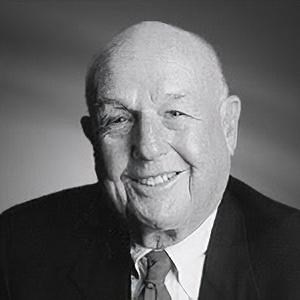 The late L. William (Bill) Seidman was a chief commentator of CNBC-TV, where he offered observations on the future health of America's financial system. He served as chairman of the Federal Deposit Insurance Corporation and chairman of the Resolution Trust Corporation during the savings and loan crisis.

Mr. Seidman also served as co-chairman of President Reagan's White House Conference on Productivity and as assistant to President Ford for U.S. economic affairs. Also in his career, he was dean of the College of Business at Arizona State University, chief financial officer and director of Phelps, Dodge, Inc. , and chief executive officer of Seidman and Seidman (now BDO USA) Certified Public Accountants.