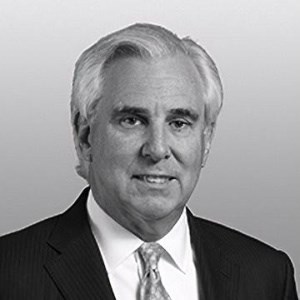 Ed Yingling is the founder of Edward Yingling Government Affairs. He has worked for more than 40 years advising banks and trade associations on regulatory and legislative issues.

Mr. Yingling previously worked at the American Bankers Association for 26 years, where he was president and CEO. Prior to leading the ABA, Mr. Yingling was in charge of the group’s legislative, regulatory, legal and policy development activities for two decades. He also served as executive vice president of the International Monetary Conference (IMC), an annual conference of the CEOs of the largest banks around the world.

After leaving the ABA in 2010, Mr. Yingling became a partner at Covington & Burling, an international law firm with its principal office in Washington D.C., where he continued to advise financial institutions. He retired from Covington in 2018 to form his own advisory firm.

Mr. Yingling received his law degree from Stanford University and his AB in Politics from Princeton University.