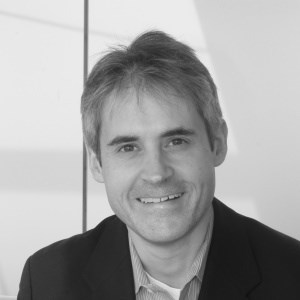 Rob Blackwell is Chief Content Officer and Head of External Affairs for IntraFi. He previously served as the Editor-in-Chief of American Banker, and has covered financial services as a journalist for nearly two decades. He first worked as a reporter covering the FDIC, the Fed and GSEs. In 2005, Rob became Washington Bureau Chief and subsequently helped guide its policy coverage during the financial crisis and its aftermath. He was promoted to Editor-in-Chief of American Banker in September 2017.

During his tenure, American Banker won more than a dozen major journalism awards, including its first Grand Neal Award for a podcast focused on the public policy implications of vacant housing. In 2017, Mr. Blackwell was awarded the Timothy White Award, which recognizes journalists who display “extraordinary courage, integrity, and passion.”

Mr. Blackwell has appeared on NPR, BBC, CNBC, Fox Business and C-SPAN as an expert on financial regulatory policy. He received his BA from The College of William & Mary, and also studied at the University of St. Andrews, Scotland.