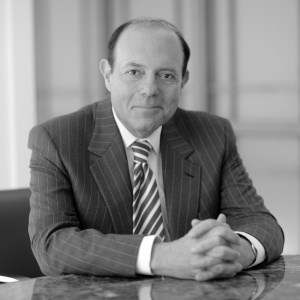 Eugene A. Ludwig a cofounder of IntraFi and former U.S. Comptroller of the Currency. He also is Chief Executive Officer of Promontory Financial Group, an IBM Company and a leading strategy, risk management, and regulatory-compliance consulting firm focusing on the financial services industry.

Prior to cofounding IntraFi, Mr. Ludwig served as Vice Chairman and Senior Control Officer of Bankers Trust/Deutsche Bank. In this role, he was responsible for legal, credit, risk management, and compliance activities, as well as regulatory and legislative affairs. As the head of the Office of the Comptroller of the Currency, Mr. Ludwig oversaw the federal agency responsible for supervising federally chartered commercial banks and federal branches and agencies of foreign banks. In this role, Mr. Ludwig spearheaded efforts to modernize the banking industry.

Mr. Ludwig has written numerous articles on banking and finance for both scholarly journals and business publications and has served as a guest lecturer at Yale and Harvard law schools and Georgetown University’s International Law Institute.

Mr. Ludwig holds an LLB from Yale University and an MA and BA from Haverford College.