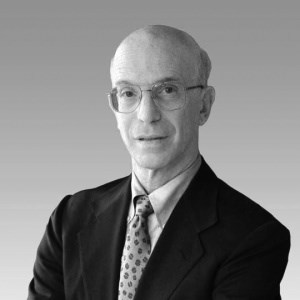 Dr. Alan S. Blinder is a cofounder of Promontory Interfinancial Network. He is also the Gordon S. Rentschler Memorial Professor of Economics and Public Affairs at Princeton University.

Formerly, he was the Vice Chairman of the Board of Governors of the Federal Reserve System. Prior to that, Dr. Blinder served as a member of President Clinton’s original Council of Economic Advisers. He was also an economic advisor to the presidential campaigns of Bill Clinton, Al Gore, John Kerry, and Hillary Clinton.

Dr. Blinder is the author or coauthor of 20 books, including the textbook, Economics: Principles and Policy (with William J. Baumol), now in its 13th edition. His latest book, After the Music Stopped: The Financial Crisis, the Response, and the Work Ahead, was published in 2013 and made numerous “best” lists. He has written scores of scholarly articles on such topics as fiscal policy, central banking, offshoring, and the distribution of income. He is a regular columnist for the Wall Street Journal and appears frequently on PBS, CNBC, CNN, Bloomberg TV, and elsewhere.

Dr. Blinder earned a PhD from the Massachusetts Institute of Technology and an AB from Princeton University, both in Economics.